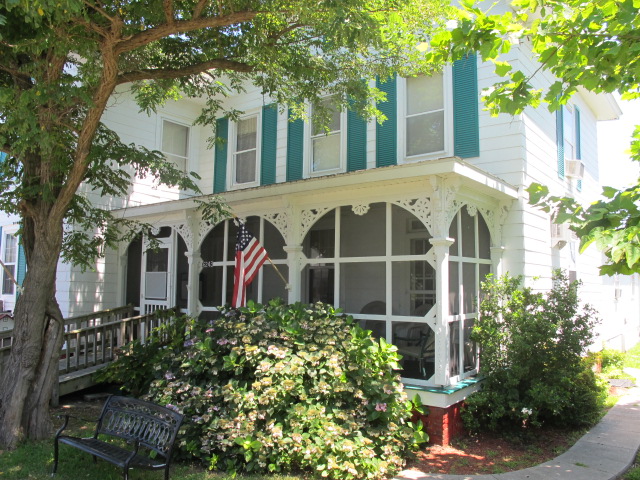 In 1939, Hilda Crockett began her business providing home-cooked meals and lodging to visitors to Tangier Island. Her reputation for warm hospitality, wonderful meals, and comfortable lodging were the secret to building a business that would continue for years to come.
She later purchased a second house across the street and expanded the business. She opened Hilda Crockett’s Chesapeake House that could now serve the many visitors that would come in daily on ferries from Reedville Virginia, Onancock Virginia, and Crisfield Maryland. She served thousands over the years-people coming from all over the world to eat her famous home-cooked meals , which were, and still are, served “family style” including some of the best Chesapeake Bay Crab Cakes ever eaten.
Mrs. Crockett’s three daughters later took over the Chesapeake House, and continued to carry on her traditions until 2003. At that time, natives Denny and Glenna Crockett bought the business and did extensive renovations. Their goal is to continue the warm hospitality provided by Hilda Crockett and to preserve the island’s Chesapeake Bay lifestyle.