In 1608 Capt. John Smith sailed up the Chesapeake Bay and landed at a small island he named Tangier Islands. For many years Tangier was the hunting and fishing grounds of the Pocomoke Indians, but in 1666 a Mr. West bought the island from the Indians for two overcoats. He sold part of it to John Crockett who settled there in 1686 with his family. The rich oyster and crab grounds surrounding the Island drew early settlers to this remote spot.

Tangier Island is located in Accomack County. It is currently populated by 650 people. It has its own school system, kindergarten through 12th grade. It can even generate it own electricity, even though is still has an underwater cable from the mainland for emergencies. The tallest structure on the island is its water tower, which is feed from 12 artesian wells dug around the island. The island is on average about 5 feet above sea level. There is no doctor on the island, but a modern medical center was built, than was opened in 2010’. Tangier Island even has its own airport that we renovated in 2000. Read a detailed history about Tangier Island.

On your visit to Tangier Island you can enjoy one of the many award winning Tangier Island Restaurants, or spend the night in some of the oldest homes on the Island by booking a room in a Bed and Breakfast. Their are numerous gift shops and craft stores to make your visit memorable. You can also explore the Tangier Island museum to take a step back in time and relish in the diverse history of hard work that comes from living on a remote Island. 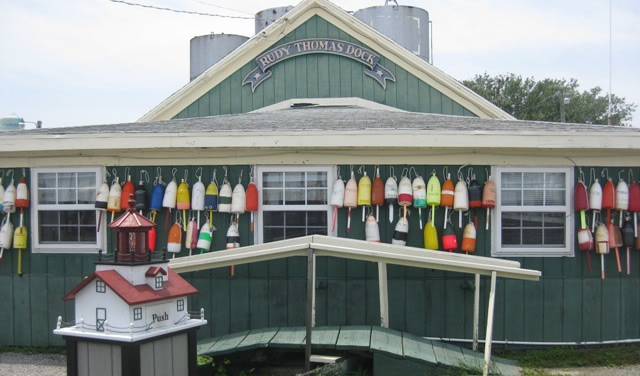